Great architecture can serve to make a statement, reflect contemporary preferences, or create community. However, achieving that desired aesthetic can present tricky construction challenges. Some of the most striking projects include vast expanses, unique shapes, or require tight tolerances. Often, traditional construction methods and materials make it difficult to achieve those goals. As a result, cold-formed steel (CFS) is becoming the go-to material to make these projects a reality. Here’s why.

However, CFS offers the strength to support impressive volumes. For example, the Western Connecticut State University Visual and Performing Arts Center in Danbury, Connecticut, used CFS to help make the architect’s vision a reality. The $97 million facility includes a 350-seat concert hall and theater, an art gallery, and an instruction space. The design boasts oblique shapes, a 96-foot wall, and an interior 40-foot plenum. The art wing’s 25-foot ceilings and the building’s trapezoidal and triangular windows ignite the imagination. The center invites the public onto campus to enjoy the arts and, by making this unique design possible, CFS allowed this facility to become a university and community treasure.

Flexibility for Complex Curves and Angles 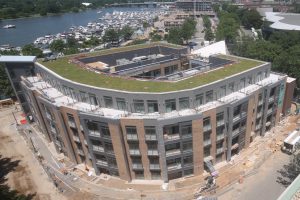 Another area where CFS can take an architect’s dream from concept to final execution is a design involving complex curves and angles. In these projects, CFS often allows more design flexibility. In Washington, D.C., CFS was used in the 525 Water project, a defining feature of The Wharf, a development along the Potomac River. Consisting of 108 condominiums, the upscale five-story, 116,000-square-foot project was primarily formed with 9,000 lineal feet of load-bearing cold-formed steel wall framing, and included complex curves and angles to form a semicircle that embraces the urban streetscape. CFS also helped support a tower with floor-to-ceiling glazing and carry some of the vertical and lateral loads of the exterior’s brick veneer. 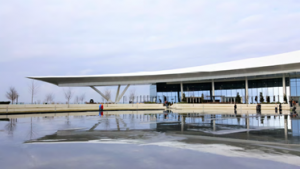 Design and construction ingenuity played prominent roles in the MGM National Harbor’s casino and hotel in in Oxon Hill, Maryland, where CFS was extensively used for the 800,000-square-foot complex’s external walls. In particular, CFS enabled the construction one unique visual feature — a 33-foot-long unsupported soffit called the West Prow, which had a variable-height vertical face ranging between six and 14 feet. CFS frames for the prow were hung from structural steel beams. The vertical and horizontal face loads proved challenging, as well as the complicated alignment and flexible connections needed for a section with a curved profile. Sixty different individual frames had to be supported laterally from a structural steel beam located between two CFS frames. CFS offered building support and versatility to provide this landmark with a distinctive profile. 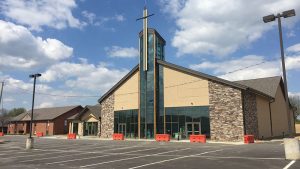 Vast uninterrupted spaces are a favored design technique for event spaces and assembly halls. CFS has been an important component in structures that rely on this design, such as arenas, public venues, and religious institutions. First Baptist Church of Lake St. Louis, Missouri, is a prime example of the capabilities of CFS. CFS scissor trusses nearly 80 feet long provided the needed strength and met deflection requirements for a vaulted and unobstructed sanctuary under a 24,700-square-foot sloped roof. It was important for the building owners to achieve that internal openness while blending the building’s low-profile roof into its residential community. The long-span CFS trusses helped the team meet the project’s structural needs and aesthetic goals, which may not have been possible with other building materials.

Many aspects of architectural designs and unique construction sites require precise components. This is another area where CFS excels. CFS components can be prefabricated off-site, where they are designed to exact standards and protected from the elements, which could cause other materials to warp or split. 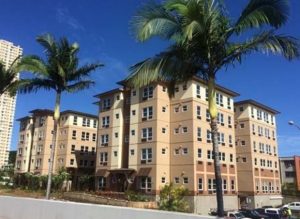 In addition, CFS’s uniformity, dimensional stability, and durability offer immediate and long-term quality. For the Plaza at Pearl City, an assisted living facility in Hawaii, CFS walls and CFS joist framing were manufactured with stringent quality tolerances to ensure precision in the structure. Certain areas in the five-story, 107,000-square-foot project included concrete shafts that had to match the settlement with the framed walls and structural steel members. The consistency of CFS prefabricated panels ensured the tolerances were met.

In a rapidly changing and competitive environment, architects are striving to help owners save time and money while pushing their own creative boundaries. CFS helps architects accomplish these objectives, whether their designs incorporate classic construction that blends with existing surroundings or innovative elements that challenge the status quo.

To learn more about the challenges that cold-formed steel framing can solve, download the eBook, “How Cold-Formed Steel Framing Solves Design Challenges for Architects.”

Or, if you have questions about a current or upcoming project, request complimentary project assistance from our team of experts.