Sophy Hotel in Chicago’s Hyde Park neighborhood, features 14-foot ceilings in a column-free lobby, lounge, and restaurant space. It’s the kind of expansive space that any boutique hotel owner would dream of having.

The 7-story Sophy Hotel was completed in 2018. It has 98 guest rooms and lots of guest amenities.

The integration of the two systems created a strength and stiffness. Together, the systems allowed for long structural spans and vast overhead spaces, giving the boutique hotel an open and welcoming feel to its guests.

The CFS wall systems and structural steel framing create large openings that seem atypical for a building this size.

On the sixth and seventh floors, the designers combined some guest rooms by eliminating CFS walls to create several open-space suites.

Thus, Sophy Hotel’s use of structural steel and prefabricated CFS walls helped the designers achieve an economy of repetition. That, in turn, gave them plenty of architectural freedom. 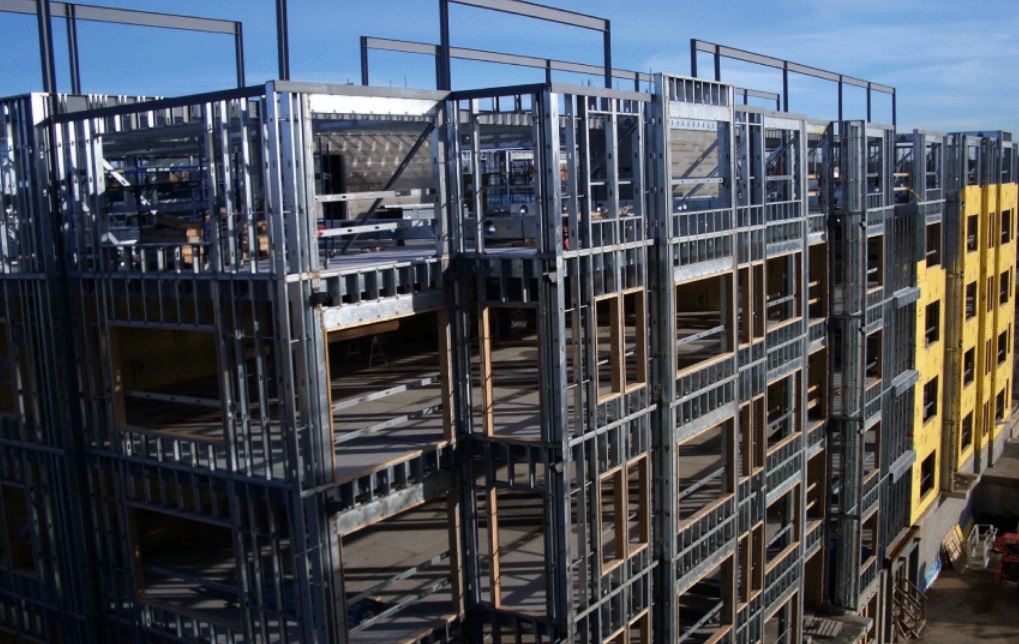