A standout apartment building lies in the busy 14th St. NW corridor of Washington, D.C. The area is being renewed through a District Department of Transportation beautification project. It’s the place to be for up-and-coming artists and professionals.

“The majority of the value-adds are cast in place and structural steel,” says Ward Bell, executive vice president and COO, Ellisdale Construction. “You’ve never seen a transfer deck at the fourth floor with five levels of cold-formed steel framing on top of it. This has not been done in the District of Columbia.” (watch an interview with Ward Bell). 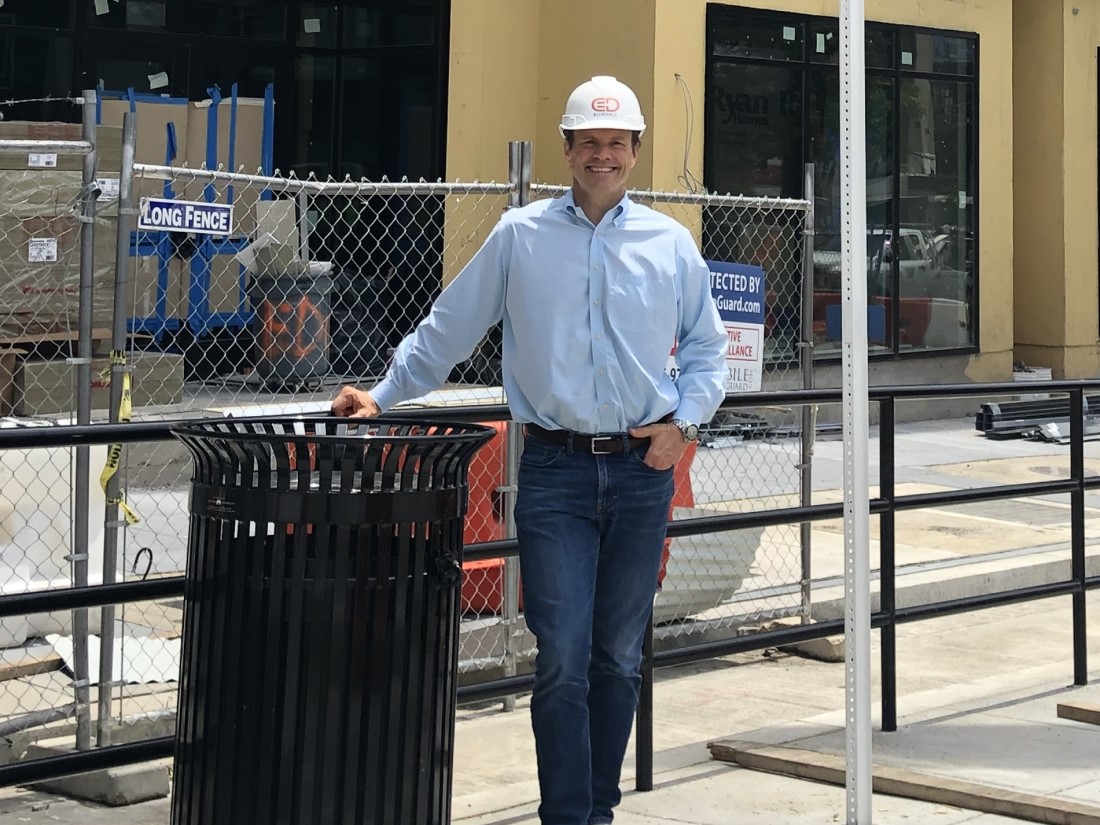 “We had the ingenuity to build a transfer deck at the fourth floor,” says Ward Bell, Ellisdale Construction, Executive VP and COO.

Located at 2213 14th St. NW, this urban infill project shows how an owner added rentable square footage (for a final tally of 56 units) quickly and affordably.

The original structure was a three-story office building with one level below grade for parking. Zoning allows for up to five additional floors, so long as the final structure fits within building height restrictions for the area, the Uptown Arts-Mixed Use Overlay District. 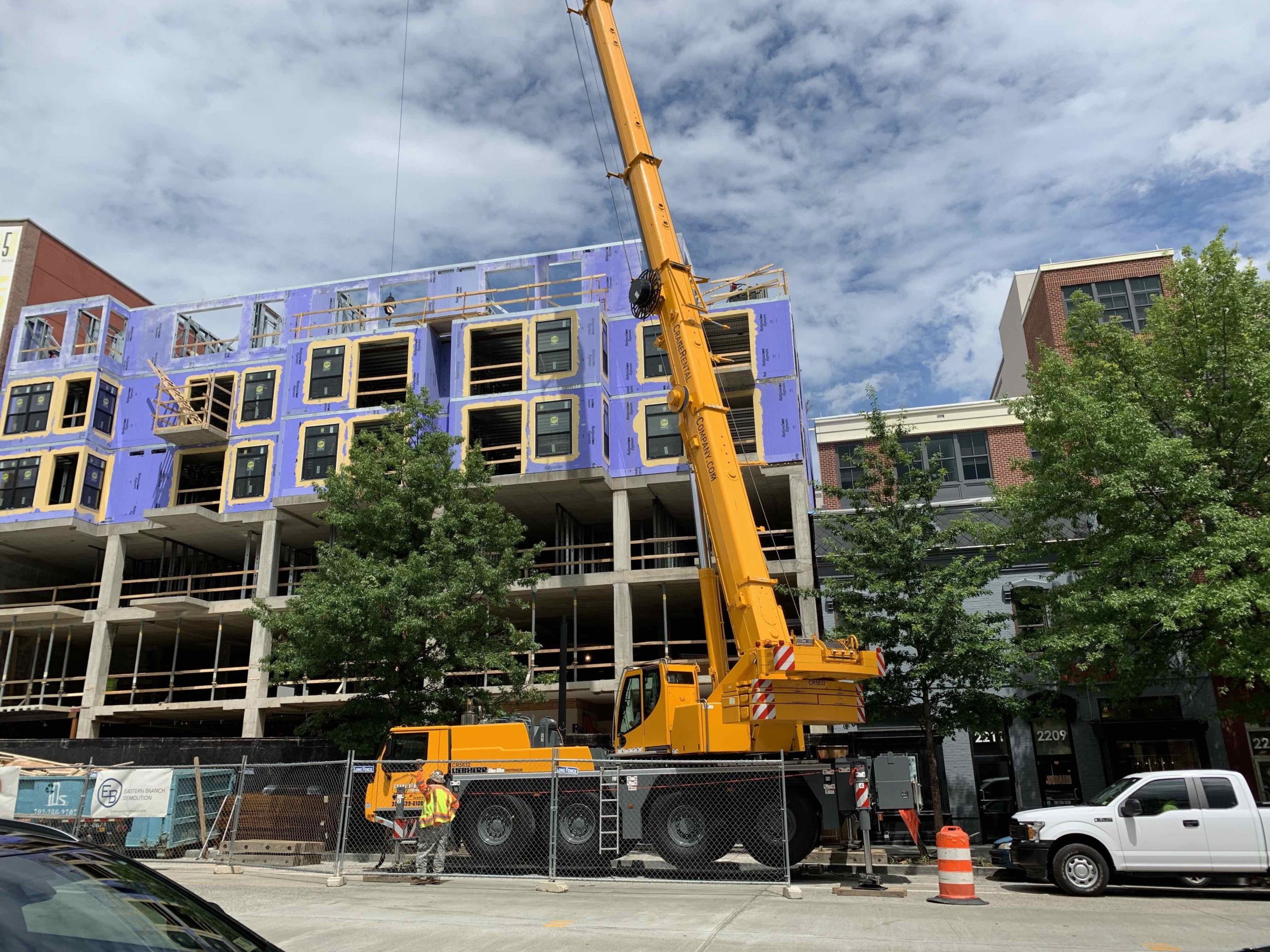 Ellisdale Construction decided to use CFS structural framing,
rather than post-tension concrete or wood.

Ellisdale Construction officials made a critical decision early on. For the upper floors, they decided to use CFS structural framing, rather than post-tension concrete or wood.

“To maximize the FAR [floor area ratio], we couldn’t do wood. Wood flooring would have eaten up too much space, and we would have lost a floor,” Ward says. “Any wood joist component system, an iSpan, and Ecospan, would have exceeded the building envelope restrictions.”

Ellisdale considered a post-tension concrete product, but it was expensive. “It was about $35 per square foot more at the time,” Bell says, “much more expensive than the cold-formed steel option.”

The problem was, post-tension concrete framing would have increased the building’s weight significantly. To achieve eight stories above grade, Ellisdale would have had to modify 15 of 20 structural columns and their footings, Bell says. 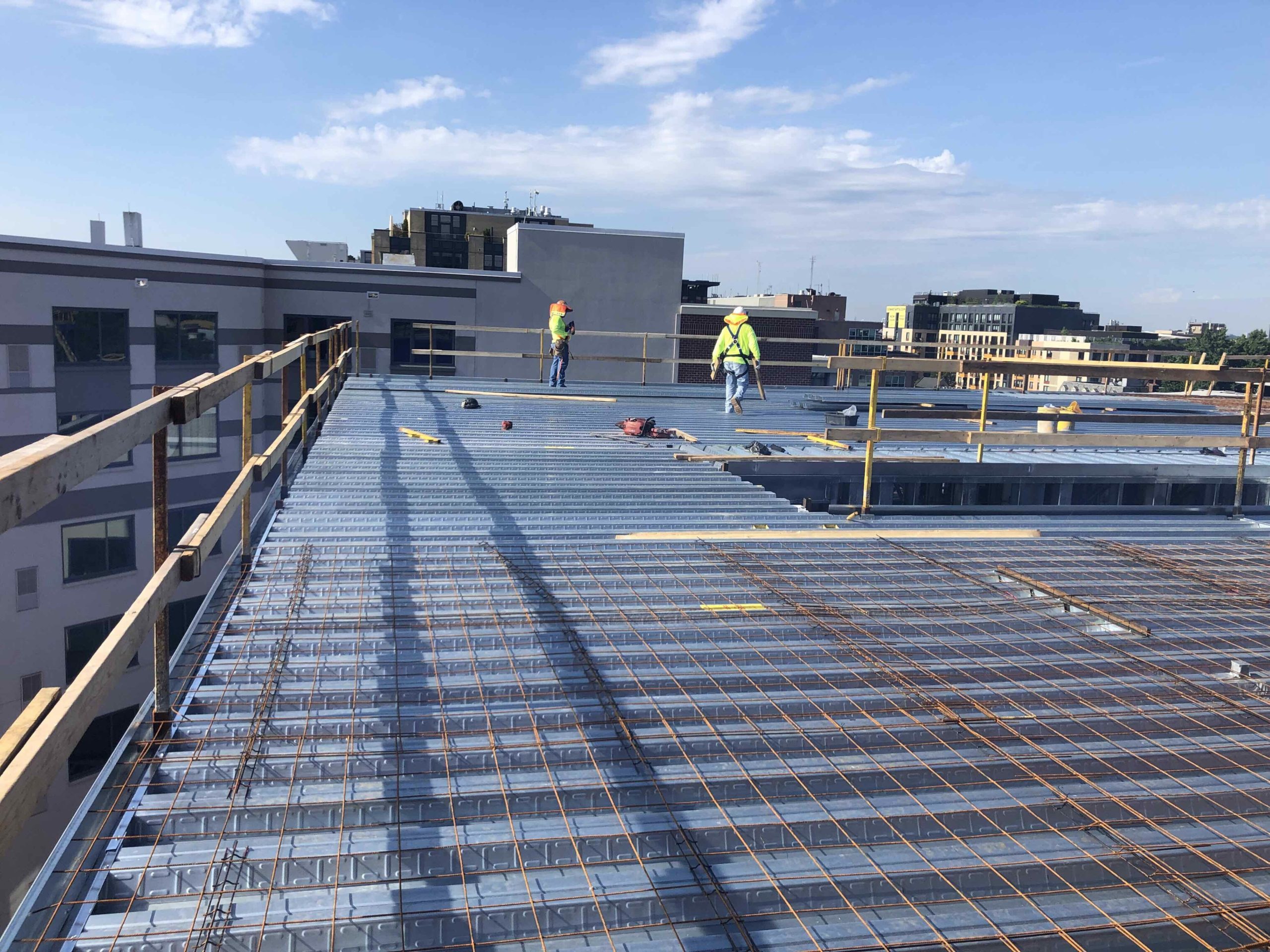 The project saw considerably fewer workers on site than is normally seen with wood or concrete construction.

By using CFS, a durable but lighter material, Ellisdale modified only two of 20 footings to achieve eight stories. And, the CFS provided no loss in dimensional stability. In fact, pound for pound, C-shaped steel studs have the highest strength-to-weight ratio of all commonly used construction materials, according to the Steel Framing Industry Association.

CFS framing saved $1.7 million overall on the project, a 15-percent savings on the framing component alone, versus a cast-in-place post-tension product, Bell says.

AMAZED AT THE TOP-OUT SPEED

“The panelizer did all their work in the shop and trucked the panels to the job,” says Matt Villa, director of operations at Ellisdale Construction. “Compared to a concrete-framed building, we saw less labor and quicker turnaround on the floors.” 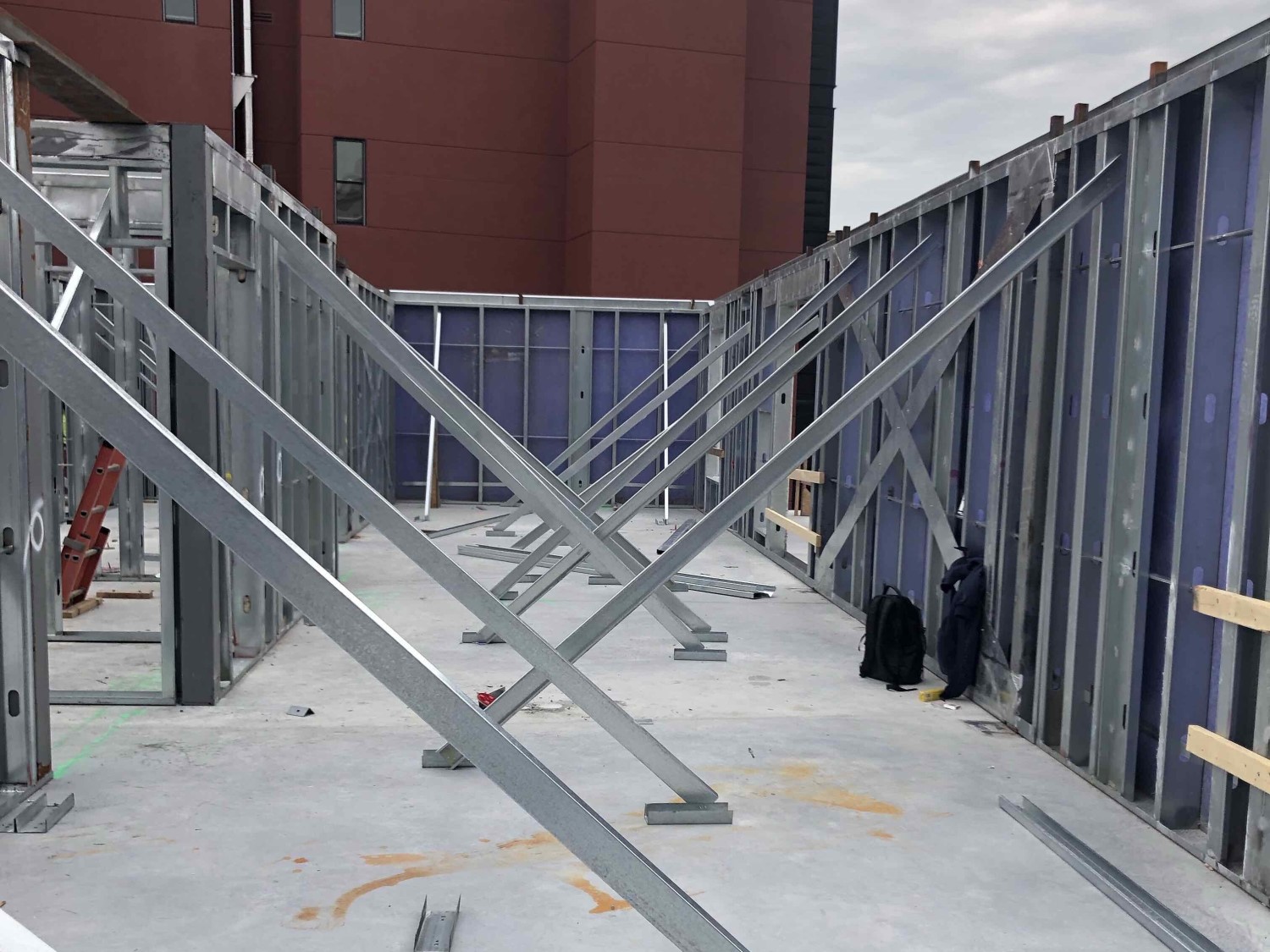 The CFS panels on the transfer deck installed quickly.

Speed was achieved by the CFS-framed exterior panels being fully sheathed. During their erection, crews were able to do water-proofing, install windows and “get dry-in quickly,” Villa says. Villa was amazed at how fast the job got topped out.

“I am used to five to seven days as a cycle per floor with post-tension concrete,” Villa says. “Here we set panels in two days, decking over and pouring concrete in about a four-day cycle.”