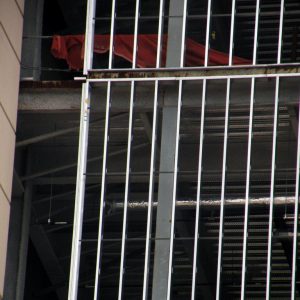 Structural metal stud framing refers to the construction of walls and planes using cold-formed steel components. There are two main components of metal stud framing, a stud and a track. Heavier gauge metal studs are used in load bearing walls and structural applications such as exterior walls. Lighter gauge metal studs are used in non-load bearing applications such as some interior walls, half-walls, and partitions.

Framing techniques for metal studs are similar to those of wood construction. Metal studs are available in many of the same basic dimensions as wood studs. Metal studs are usually mechanically fastened with screws. Fixed clips are commonly used and give designers a greater number of options in bypass framing. Deflection connectors can be used in areas where seismic activity is a factor. Deflection connectors allow for the independent movement of a stud wall and its substrate. Stiffener plates are commonly installed around openings to strengthen connections.

A Lesson in Offsite Fabrication