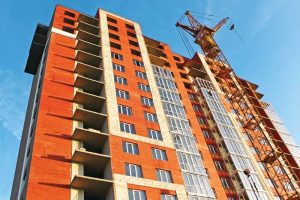 The brick veneer/metal stud (BV/MS) backup exterior wall assembly was invented in New England in the 1970s. This type of system was formed to substitute the more expansive concrete masonry unit (CMU) backup wall because it is installed much more quickly. Now, new innovations have improved the assembly further.

The original design had contained fibreglass insulation within the stud space, and exterior/interior gypsum board sheathing on each side of the studs. The outside face of the stud backup system had #15 felt installed over it to protect the exterior gypsum board sheathing from moisture. Various different masonry ties were developed to anchor the brick veneer to the studs. As the system was new in the 1970s, no real standards were developed for the design of this wall system.

Building code and industry standards
To help compensate for the lack of standards, the Brick Industry Association (BIA) revised its Technical Notes on Brick Construction #28B, Brick Veneer Steel Stud Walls, in February 1987. It recommends the maximum deflection for the steel stud backup, when considered alone at full lateral design load, be L/600 to L/700.The minimum air space had been increased to 51 mm (2 in.), so ties must be spaced closer.