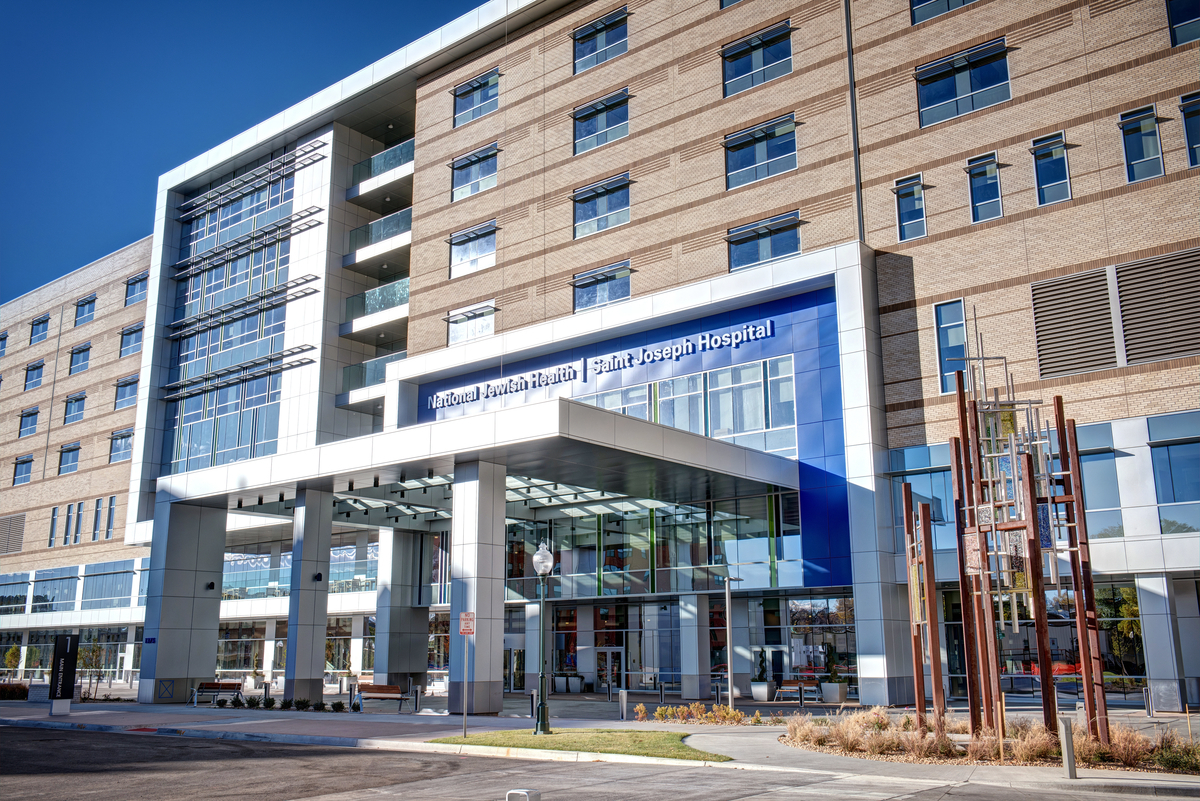 Beginning early in January 2013, crews with South Valley Drywall installed 390 exterior wall panels at a hospital under construction in Denver, Colorado. The panels -pre-fabricated and built offsite with cold-formed steel studs are part of the Heritage Project, which is a 831,000 sqft. Replacement Hospital.

Why steel? Why pre-fabricated?

“I think the timeline is the most attractive thing about it,” says Stephen Bradford, South Valley Drywall Project Manager.”The alternative would have been to stick-frame it, which is how we used to build hospitals.” 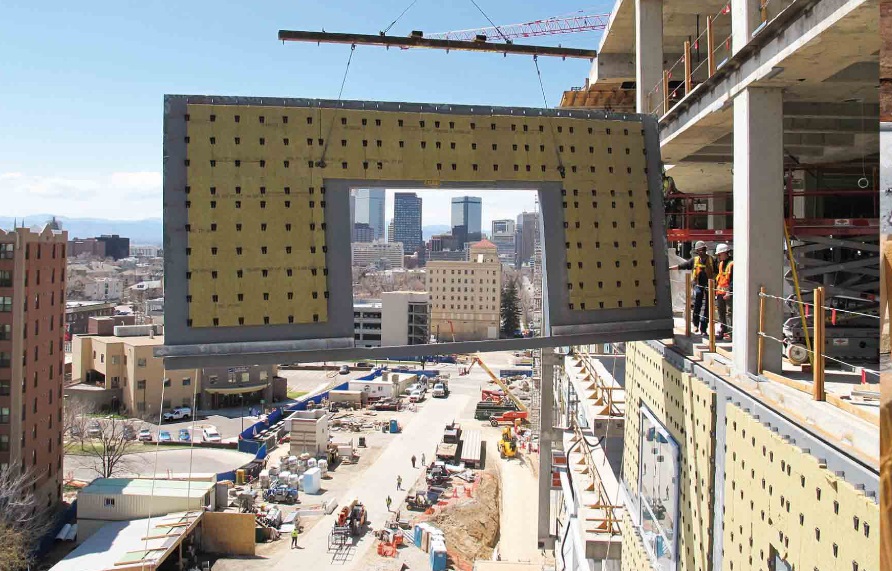 Hospital construction tends to be complex. Gen­eral contractor Mortenson Construction uses prefabrication to reduce the overall cost and time of project delivery, while increasing the quality and scope. Hence, the company has been push­ing for BIM software integration and pre-fabri­cated building components on its projects of late. That’s true at Exempla Saint Joseph Replace­ment Hospital. 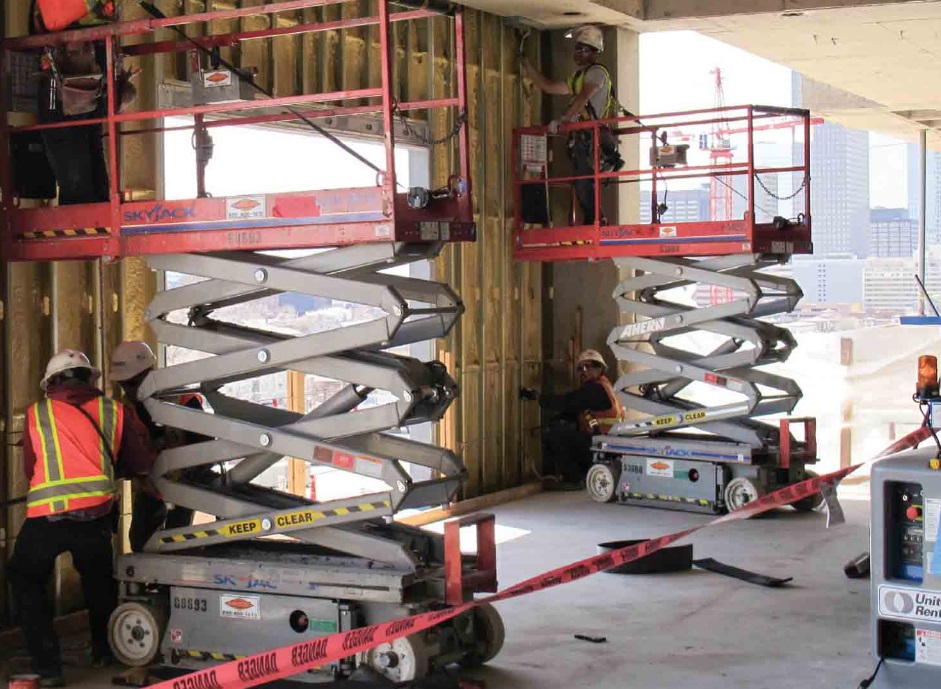 “Mortenson wanted a system with cold-formed steel framing, sheathing, an air barrier, rigid exterior insulation and spray-on SPF interior insulation,” Bradford says. “They wanted every component of every panel built in our warehouse except for the final fascia, which was brick.”

Bradford says South Valley Drywall began working closely with Mortenson and the design team early in the design stage. Infor­mation modeling helped all the players to understand the design, collaborate and work out issues.

“We sat with the architect six to seven months before our first panel was put  in place,” Bradford says. “That enabled us to make recommendations during the design process rather than in the field.” 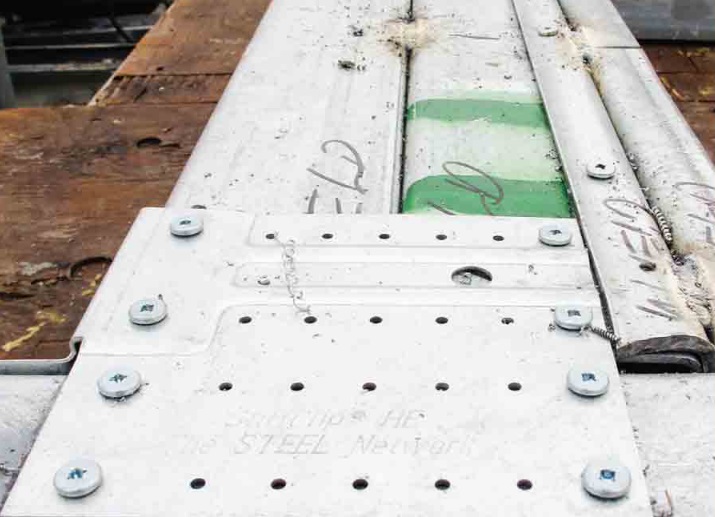 “Normally, you’d have two or three stud packs at the sides of windows,” Bradford says. “While we used those assemblies some­ what on the project, we tried to get as big of stud as we possibly could and with a big flange. Then, if we had to cap it, we could still insulate it and keep the R-value of the design.”

The architects accepted the recommendation and added it to their information modeling.

A New Standard in Hospital Construction

Mortenson has figured out how to build hospitals -and other structures – quick­ly with attention to quality and safety. Cold-formed steel systems are part of their equation. 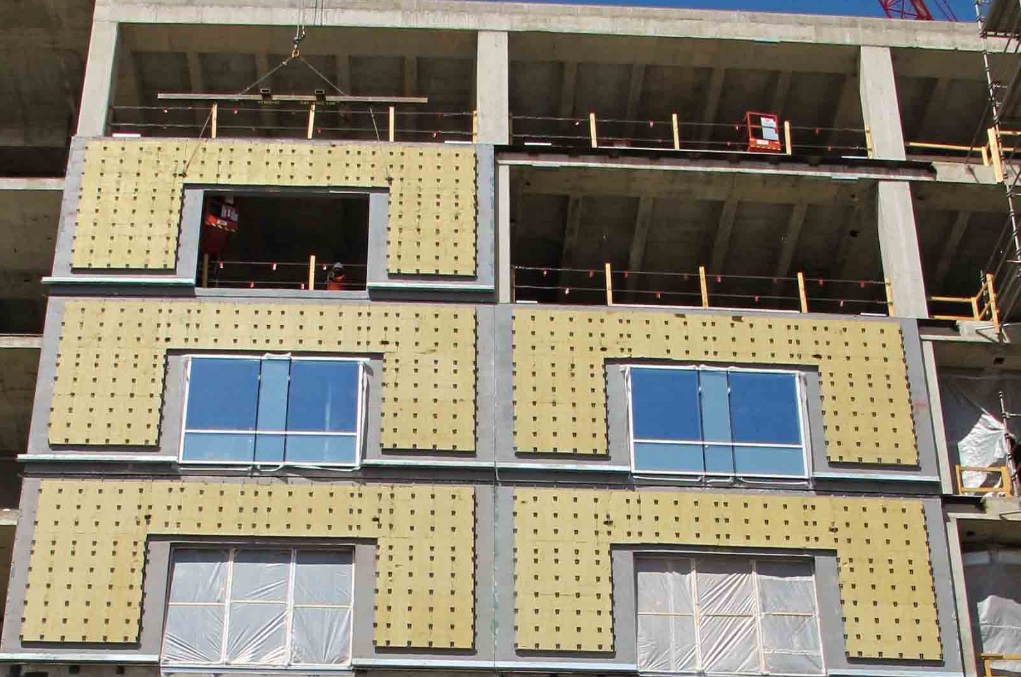 Many believe that pre-fabrication represents the future of hospital construction, because it saves time with no loss in quality.

Bradford says he can’t see building hospi­tals anyway other than through pre-fabrica­tion. Stick-building, he says, means erecting an exterior skeleton piecemeal – setting up scaffold, balloon-framing up the edge of the precast, installing sheathing and insulation by hand, all while being exposed to the ele­ments at 80 feet in the air.

“We built everything on a table four feet off the ground,” Bradford says. “Since we were building in a warehouse out of the elements, our construction was controlled, which allowed us to keep the panels com­pletely square.” 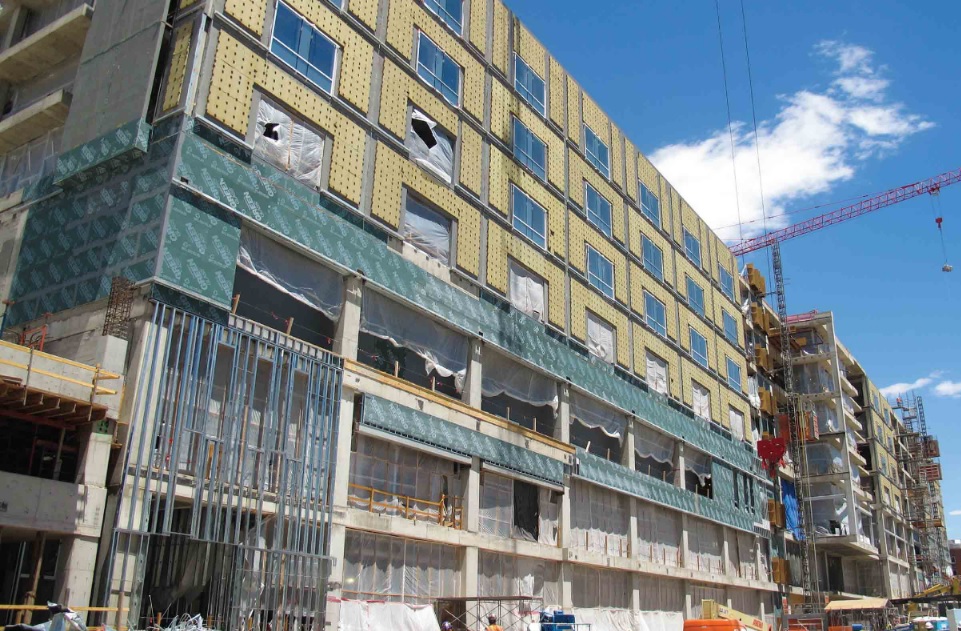 South Valley Drywall numbered each panel, trucked them to the site and installed them using cranes and lifts. The 390th panel was installed in May – five months after the first panel went in place.

“Normally, in a project this size, you’d get your enclosure in about a year,” Bradford says. “We were able to cut off 7 to 7 1/2 months. They were finishing the interior almost as fast as we were doing the exterior.”

“They got to a point where they set 26 panels a day,” says Brandon Bergholz, Project Manager, Mortenson Construction . “The panels are roughly 30 feet by 15 feet, so if you do some quick math on the square footage you can see that the speed was incredible.” Bergholz adds: “The thing about these panels is they were column to column, and floor to floor -everything from the interior spray foam to the cold-formed steel framing, sheathing and weather barrier. Once they’re installed, especially on an elevation, you’re essentially water­ tight. That was a huge advantage for us.”

Bradford says South Valley Drywall got “rave reviews” for its work. The owner hired a third-party inspector to check every weld and the quality of the spray foam application on every panel. The subcontractor earned a perfect score on nearly every panel. 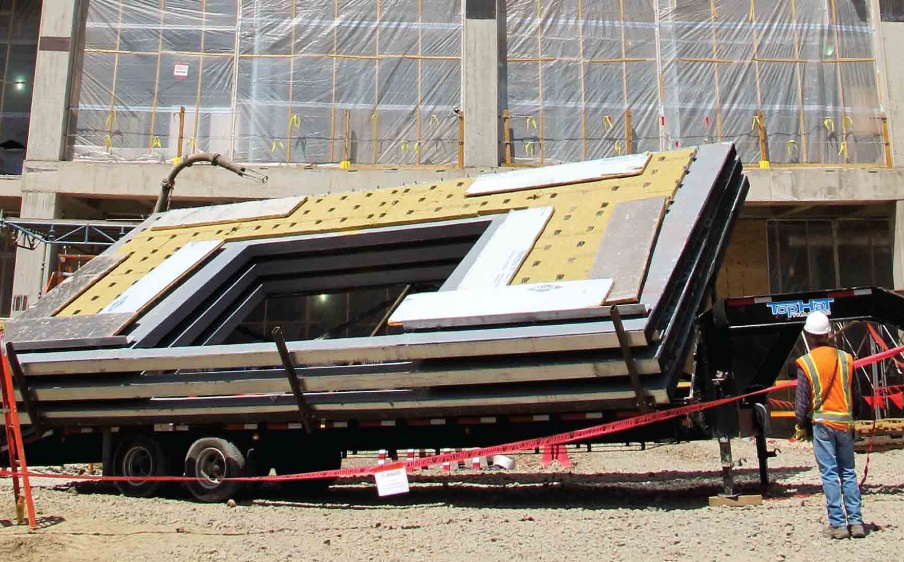 The inspector regarded the work quality as extremely high. Bradford is happy the work was done safely. Mortenson Construction, he says, is pleased that the work was done quickly. “There are things we learned on this project that will allow us to do more panelization going forward,” Bradford says.

“Don’t get me wrong. There were some sleepless nights getting prob­lems deciphered – How would we transport the panels? What route would we take? What time of the day? Where would we stage on site? But at the end of the day, it was worth it. We’ve got an owner who is really pleased, and the general contractor’s vision has been verified .”