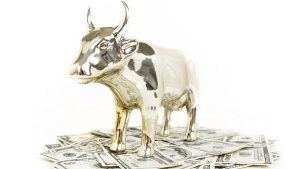 President-elect Trump’s proposal to bolster the nation’s infrastructure – through a 10-year, $1 trillion construction plan – may also fuel private investments in new residential and commercial construction and increase overall demand for cold-formed steel framing products, according to an industry report by The Steel Framing Industry Association, a trade group.

Sen. Majority Leader Chuck Schumer (D-N.Y.), voiced possible support for some of Trump’s vision during an interview Sunday. Bi-partisan support, from Democrats and Republicans would be required to increase spending for highways, schools, hospitals, water systems and the electric grid. Though the Republicans hold the majorities in the House and Senate as well as the White House, Democrats can obstruct plans through the filibuster and other parliamentary procedures.

In the steel industry forecast, non-residential construction is nearing its historic zenith, but some momentum is still present as the economic recovery follows a more shallow, multi-year growth trajectory than past recoveries.

Have you noticed that wood prices are soaring?