A growing number of building professionals are using prefabrication techniques to work smarter, faster and safer. And, cold-formed steel (CFS) framing is the ideal framing choice because it is non-combustible, lightweight and can be cut to precise specifications.

When Marc Bovet, founder and president of BONE Structure, started taking bids to build his new home, he was stunned to see that the highest estimate was almost twice as expensive as the lowest.

Bovet decided to solve the problem. He hired a researcher to look into all the different systems and patents that had been developed over the years.

“We got into this micro-level research,” he says. “From engineers to architects, everybody had their own perspective.” 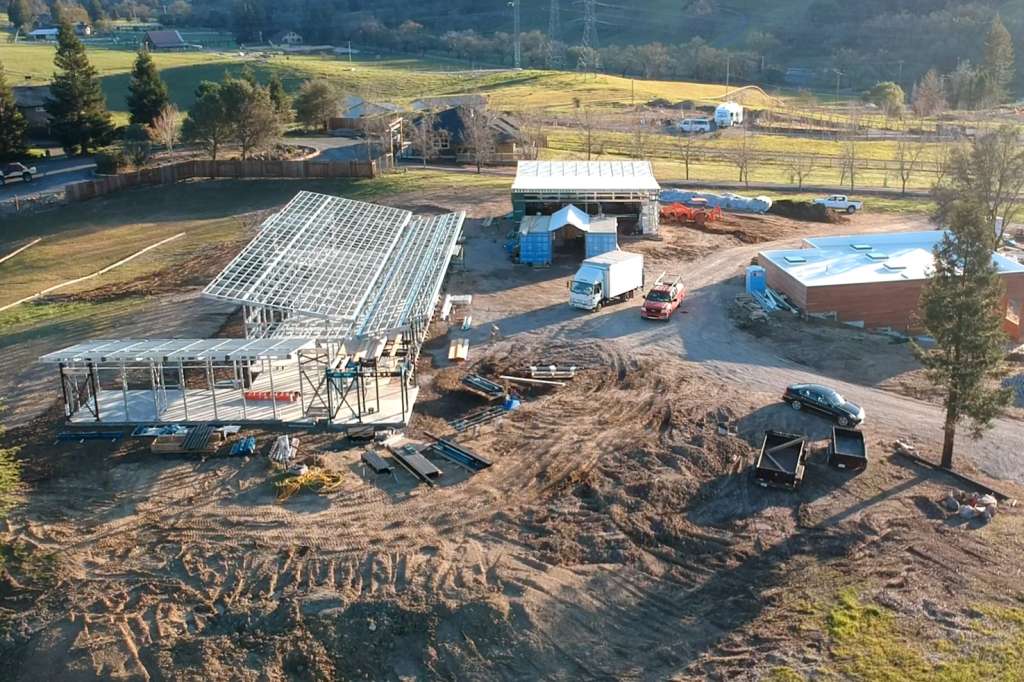 This home will be made “impregnable” by using pre-fabricated steel framing wrapped in non-combustible insulation from home building company BONE Structure.

Bovet and his researcher found that developing a building system wasn’t the main challenge. The big problem was labor.

Fast Company points out that there have been shortages in labor and skilled tradespeople in the homebuilding industry for years. Since the Great Recession, workers have fled construction jobs tied to the volatile housing market and shifted to higher-paying jobs in other sectors.

More than 80% of builders have reported shortages of framing crews and carpenters, according to the National Association of Home Builders. Availability of labor remains builders’ top concern.

Looking for a Solution

Bovet began looking for ways to make a process-based building system that could be assembled without skilled labor.

This ultimately led to the development of BONE Structure, a steel-based construction system that is robotically manufactured, cut and shipped to the building site where it’s fastened together with little more than screws and a drill.

Made mostly with recycled steel and with foam insulation that can reduce energy costs up to 90% compared to a traditionally constructed home, the Bone Structure system can meet environmental certifications like LEED (Leadership in Energy and Environmental Design), and has been used in hundreds of homes mainly in Canada.

It can be built months faster than traditional construction, which is how the company began marketing itself in wildfire-damaged regions of California, especially after the fires of 2017 and 2018. 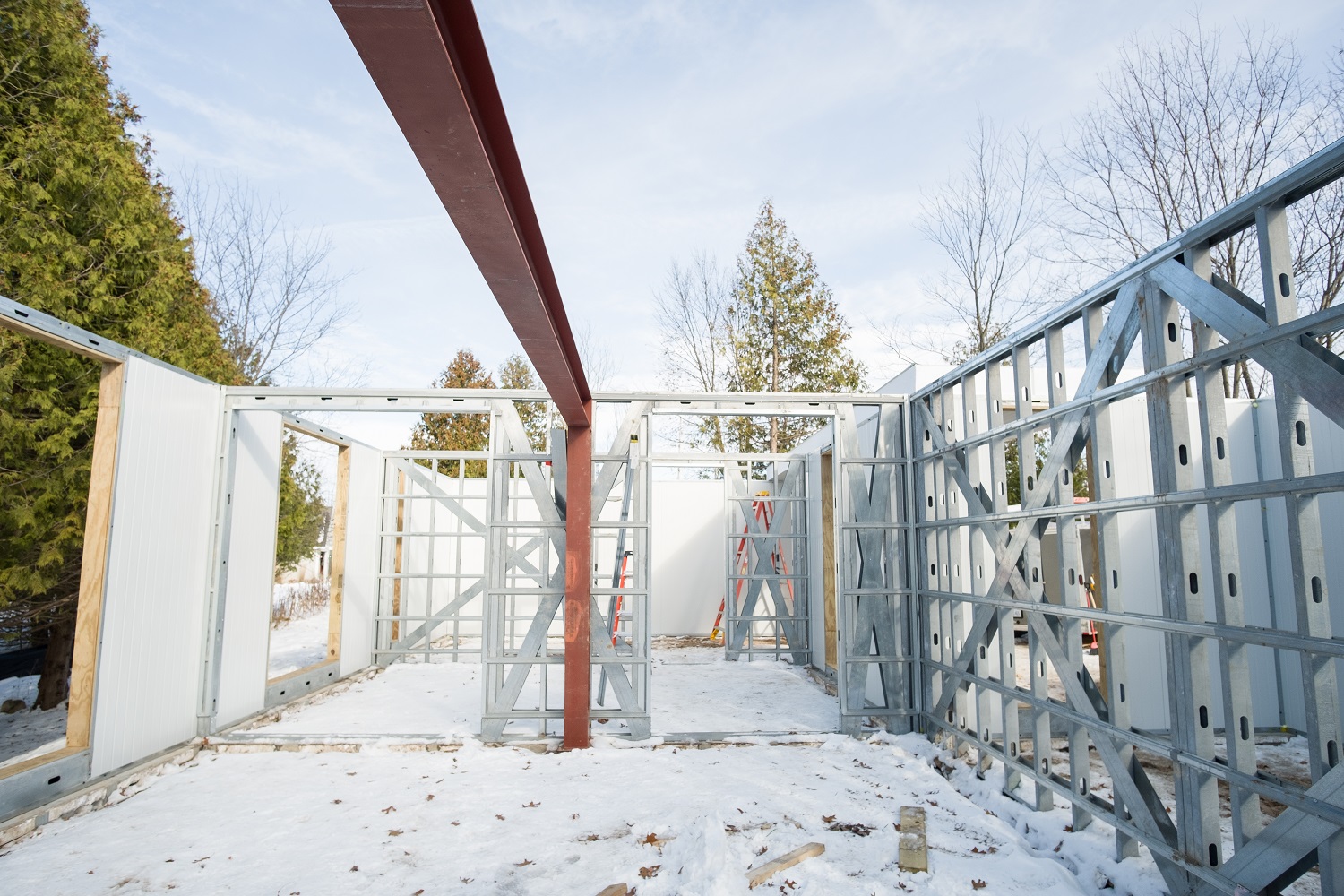 All 50 of the prefabricated CFS framed wall panels fit on one semi truck trailer to construct this home by Hygge Supply in Traverse City, Michigan.

According to the FMI report, Prefabrication: The Changing Face of Engineering and Construction, companies of all sizes have started to redefine themselves by looking to prefabrication as a way to deliver projects. However, the industry still has a long way to go to increase productivity and overcome project inefficiencies using prefabrication.

But, one thing is certain. CFS is leading the way as the preferred framing material for prefabricated structures for multiple reasons.

DIYers Use Steel to Build Decks as Lumber Prices Soar

How High Can You Construct a Building with Cold-Formed Steel Framing? The Answer May Surprise You