In the Middle Ages, Gothic structures were built from drawings that communicated a designer’s vision without detailing the specific means of construction. Using only simple layout tools available at the time, the master craftsmen translated the complex designs into buildable structures.

Fortunately, today’s building professionals have access to a variety of design tools and building materials to solve complex architectural challenges. One of those materials is cold-formed steel (CFS), and one of those tools is building information modeling (BIM).

According to Architectural Digest, steel has long been a standby material for architectural framework. When recognized for its innate beauty and structural integrity, the results can be awe-inspiring.

Frank Gehry and other revered architects, including Zaha Hadid and Moshe Safdie, have challenged the idea of using steel merely to construct a building’s skeleton. Instead, they’ve used steel to create surprisingly fluid structures that allow the material to take center stage. 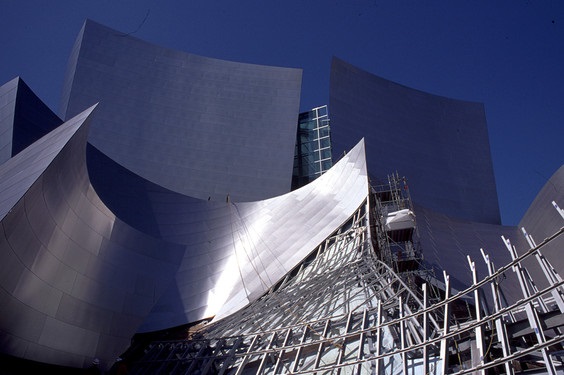 Many of the curvilinear finishes inside the building are shaped and supported by armatures of CFS members.

BIM: Part of the modern toolkit

But how did the contractor go about erecting such curvy and curvilinear framing members.

The project’s contractor hired a subject matter expert (SME) to engineer framing solutions and create BIM files to drive CNC fabrication. Modeling helped the various construction trades to communicate over dimensions, stay within the tolerances set for the primary structure and detect clashes with other building elements.

Architects and engineers often select cold formed steel (CFS) framing for its ease of installation, durability, design flexibility and cost-effectiveness. CFS studs, joists and track are produced to precise tolerances at any length.

BIM is gaining popularity — and for good reason. Using BIM can foster communication among stakeholders, resolve issues early in a project and save time and money during the construction process.

It’s a good thing we don’t live in the Middle Ages. How would the Walt Disney Concert Hall have turned out in a world lacking CFS framing and BIM?

Robots Have an Increasingly Important Role in Construction